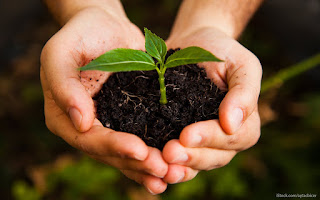 I write a journal. Every day(ish), I'll write a page or so of brain mumblings, good quotes, interesting people I've met, that sort of thing. These next two sentences have come from post-University journal entries, and I find them really interesting to examine with hindsight:

"You finish University, and you are the cock of the walk, and ever so quickly you're a feather duster - that change is rapid and inevitable.
I'm in a stasis between full-time education and full-time employment."

They nicely sum up this feeling I haven't been able to shake, that something isn't starting yet, that life is currently tougher than it has been, and that if one thing changed, I'd be alright and I could start to 'live life'.

When you are born, you go through a range of physical changes that eventually deposit you at adulthood, right? And there's a range of mental changes you undergo too, the reason I don't find The Beano such a good read any more(Sorry Mr D. Menace, I loved you once), and the reason I've stopped bathing in Lynx Africa. I'd say I have gone through more mental changes over the past few months than I did during my entire University period, and if you'll excuse the rampant pretension, I'll attempt to explain why, in three reasons, I think that's the case. (You've got to excuse it, it's my blog, "whatever, I do what I want".)

Unemployment = Forced Retirement
While difficult, I have really enjoyed unemployment (I think), for the reason that it forces you to evaluate what you deem to be important. "People retire to die", right, the famous saying. You potter, you watch the snooker, you spend time with family, and then you shuffle off the mortal coil and go to *insert personal Heaven fantasy here*. But I have no intention of shuffling off the mortal coil and going to LegoLand any time soon, rather, I need to keep myself in the best mental shape I can, so that when an application comes through, I can be my best self in an interview, and hopefully get someone paying me. I've noticed I value my time these days far more than I used to, which is interesting. Now I have more time, I'm more protective of it. Go figure. Without the routine of University, or sixth form, or secondary school, or primary school, I've had the time to pursue passions. I'm far less deferential than I was 6 months ago, I have begun to respect knowledge, not position. My Christian upbringing has faded, beautifully and mercifully. More on that later.
Talent = Sustained interest
This was huge to realise. I've been good at things before (I know, check me), and I've put time into those things. I never quite made the correlation. Talent = sustained interest - I'll quote it again, I love it so much. For instance, I have always wanted to make my own text-based adventure game, skill checks, an inventory, sprawling story lines, a real monsters and clever protagonists immersive game. And I have wanted to make this game for years. I realised, one day, that I could want to do something all my life, and just not do it because I didn't know how to do the intermediate skills that it would require to do. Because I couldn't achieve intermediate instantly, I didn't bother.
Until I became unemployed.
I signed up to a free course, and I've been coding for just over a month now. I'm terrible. I know I'm terrible. But I am "terrible and learning", which in my book is better than "slightly better than terrible and not learning". I made my first game this week- Pong. It took me 4 hours and a tutorial that said I'd do it in just under 2. I was so pleased with that progress, cause I'd written the theme tune, played the theme tune, and sung the theme tune, I'd done everything to make one of the most well-known games of all time. Talent = sustained interest, so in a few months I'll be a whole lot closer to making my own text-based adventure game than I would have ever been if I hadn't have bothered learning in the first place.

This is a less refined version of the "what's important to me?" question we all tackle till the day we die. For those who I confide in, they will know that a lot of things I put stock in have fallen by the way. The weirdness of my manically Christian upbringing has fallen where it needed to, and those I love have remained. And as a result, there's such a freedom in how I act now. I'm not constrained by what I 'should do', I'm certainly not constrained in what I can say.
I'm also realising that there's no such thing as "being in a stasis", and trust me, I've really been through the five stages of grief on that one. I'm realising that "I'm in a stasis" is a defensive mechanism, it's an excuse (which is fine, we're allowed defensive mechanisms, we're allowed excuses) which means I don't have to interact with the present in the present, I can look at it from the end of a barge pole. I caught myself time and time again, talking to people, saying "Oh I'm in such a stasis at the moment, when I have a job and a place, then I can really start life, then I can really start to make 'ME', the adult." And I had the horrible realisation that it doesn't exist. There is no stasis, there is only horrible all-consuming life. And that has been such an eye-opener for me. If I want to start climbing, why say I'll do it when I've got a house? How are those two statements even connected? If I want to write a book, saying I'll do it when I have more time means that without a doubt I won't do it when I have more time. It won't ever magically 'get better'. That's a scary thought, and it's a liberating one, because once you realise something doesn't exist, you can fill the gap it occupied with something more worthwhile. I don't have to wait till I've got my own house before I code. I can do that now. I don't have to wait till I can drive before I make sure I'm a presence in my nieces/nephews lives, I have a rail card and I'm not afraid to use it.
Try me.

All the most pretentious waffle ends with a quote, so Tim Minchin says it best:

There is only one sensible thing to do with this empty existence, and that is: fill it. Not fillet. Fill. It...It's an incredibly exciting thing, this one, meaningless life of yours." - Occasional Address